What is it Like to Suffer with a Mental Illness and Identify as BME?

Recent years have seen a marked effort to address the increase in mental health difficulties faced by the nation, with specific strategies implemented to aid in both the management and prevention of mental health issues amongst those aged 16 – 25 in particular.

However, an issue that has only relatively recently been afforded appropriate attention – but is still largely overlooked – is the intersections of suffering from mental health difficulties and identifying as BME.

As a female of Ghanaian descent who has struggled with ongoing mental health difficulties – namely a diagnosis of severe anxiety and depression, as well as a history of suicide attempts – I have found that some of the practises implemented to assist in mental wellbeing can at times ignore the significance of cultural heritage in a way that can be detrimental to mental wellbeing. As the child of a first-generation Ghanaian, myself born and raised in the South of England, I have been ever-presently aware of the culture clash between my own Western environment to that of my Ghanaian parents. Part of this cultural awareness means compromising and behaving in ways that acknowledge and respect the governing principles of Ghanaian culture. All very well, but why is this relevant when it comes to mental health difficulties?

Following a suicide attempt in September 2012, I was discharged from hospital and made to attend both individual and family counselling. No member of staff involved in promoting my mental wellbeing identified as BME and, as a result, it felt as though my therapists were ignorant of how much a non-Western culture governed my family life. Some of the advice I was given to help cultivate my own mental wellbeing stood in stark juxtaposition with the cultural expectations of me regarding familial duty/responsibility. I had gone into therapy in the hopes of aligning myself with a positive outlook on living and, instead, was presented with a choice: listen to and act upon the advice given by mental health professionals at the cost of peace within the family home – to the continuing detriment of my mental wellbeing; or ignore the advice insofar as it conflicted with cultural expectations and resign myself to suicidal tendencies.

In my specific case, the main cause of my mental instability – particularly as a younger child – was the conflict between my Western beliefs/environment to my Ghanaian upbringing. What this meant for me was that after 6 months of therapy I found my mental health had deteriorated further and I felt obliged to pretend that there was improvement even though the methods of trying to promote better mental wellbeing could not actually be applied to my daily life. Unfortunately, this culminated in several more attempts on my life in the 6 years that followed.

At the age of 14, having family counselling exposed me in a way that I felt was unnecessary and negatively impacted my chances of improving mental wellbeing. It was the assumption that my parents would absorb what they heard from mental health professionals, and act accordingly, but there was no plan of action for what to do when my parents viewed some of the reasons for my mental health issues as no more than a sign of disobedience and disrespect for their own culture.

The issue of mental health and its effects on BME, expectedly, is not homogenous: there can be no ‘one size fits all’ strategy applied to individual mental health issues that are complex and nuanced in and of themselves. However, I feel that greater representation of ethnic backgrounds in the mental health profession is a vital step forward. It is very difficult to advise on an issue you don’t understand, or worse, fail to even consider. It would also be in the best interest of BME-identifying individuals with poor mental health if wellbeing strategies were implemented that recognise the difficulty of suffering poor mental health when your domestic environment does not acknowledge your suffering as legitimate.

Altruist Enterprises are an experienced provider of Resilience Training and Online Resilience Training for employees. They will learn the vital skill of how to effectively cope with stress and adversities at home and in the workplace in order to become more productive.

Adwoa is a final year undergraduate studying Classical Literature and Civilisation at the University of Birmingham. Her academic interests lie mainly in literature’s exploration of the human condition. Adwoa is hoping to find a career in arts-based community work, mixing the arts with education and forging better social inclusion (for marginalised people). 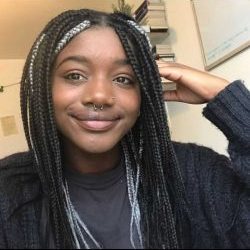