We all have mental health, whether good or poor and 1 in 4 of us will experience a mental health problem at some point in our lives.

Films and TV shows often depict characters with some form of mental ill health; sometimes this is done well and other times, it isn’t. Having characters on our TV screens can help to raise awareness of mental illness and help viewers to feel better in themselves when they otherwise feel alone. Of course, this can also have the opposite effect and contribute to stigma even further.

Here’s a few examples of when mental health has been used in TV and film. How many of these did you already know?

1) Flounder, the fish from the little mermaid demonstrates generalised anxiety. Flounder is particularly reluctant to investigate the abandoned ship with Ariel, and tries to convince her he is ill when she refuses to go back.

2) Captain Hook from Peter Pan has been said to have Post Traumatic Stress Disorder following his encounter with the crocodile.

3) The Beast from Beauty and the Beast clearly depicts depression. In case you hadn’t spotted this already, here’s a little explanation of how: The beast is often found thinking that his attempt to woo Belle is hopeless as she’d never love the monster that he is. However, his depression reaches a peak when he allows Belle to leave the castle. As he thinks she won’t return he becomes disinterested in anything, even living. When the castle is under attack, the beast has no desire to save the castle, the servants or himself, until Belle returns.

Disney films are just one example as mental illnesses can be seen in a far wider array of TV shows and films too, such as:

4) Marge Simpson suffers from addictions; a gambling addiction to be exact.

6) Pat from the Silver Linings Playbook suffers from Bipolar disorder.

7) Nina from Black Swan suffers from a number of mental health illness, there are signs she has anxiety and eating disorders, however the most prominent of her mental health illnesses is psychosis due to her hallucinations that appear throughout the film, be it her paranoid delusions that Lily is trying to replace her, or the visual hallucinations that she is developing feathers.

How many of these had you already identified? How many do you think your students would be able to identify?

Once you are aware that a character is depicting a certain mental health problem, it becomes quite obvious. You may have not even thought about it or just believed that they were a bit different. It’s interesting how this can be mirrored in real life. Someone may be showing signs of a mental illness quite obviously but still people dismiss them, leaving them without the help they need. This is why it is so important to raise awareness of mental health within the school environment.

Altruist Enterprises are experienced in providing Resilience, Stress Management and Mental Health First Aid training to both staff and students in schools. To find out more, click here.

Sabrina is an MSc Psychology student and the University of Birmingham. She is passionate about increasing awareness around mental health to reduce the stigma surrounding the topic, and also to help people better understand how they can help those suffering from a mental health problem. 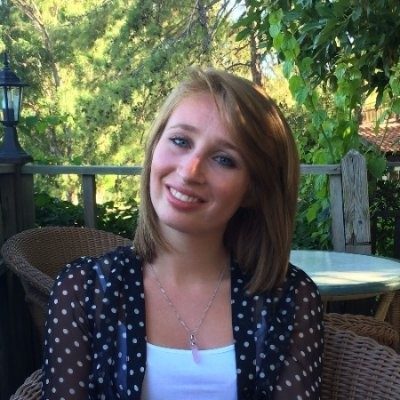