A report by the Children’s Commissioner for England has recently unveiled the shocking reality of over 800,000 children who are suffering from mental health problems in England alone.

Below are listed 5 signs that mental health problems are an issue within your school.

1. Absence of pupils and staff

An outcome of mental health issues in students was reported by the Children’s Commissioner for England to be higher levels of absence throughout the school year. Furthermore it has been found that a personal consequence of teacher stress can include absence.

It has been found that almost 66% of teachers have considered leaving the profession due to stress. This can lead to a significant loss of skilled and experienced teachers through those choosing to leave the profession. The lack of stability to the students’ education that this causes could also negatively affect the pupils of those teachers.

3. A decrease in attainment

Another outcome of mental health issues in students was reported to be lower levels of educational attainment and progression. Poor mental wellbeing in teachers also affects the quality of their teaching. It has been reported that almost 70% of teachers do not feel engaged in their work which affects the quality of their teaching, their ability to be responsive to students, and their overall ability to form good teacher-student relationships with their pupils. This in turn affects the students’ chances of succeeding in their education.

More students with mental health disorders in the UK are bullied than children without disabilities. In one study, 60% of students with mental health disorders report being bullied compared to 25% of students in general. Bullying can also affect students’ mental health and wellbeing; it has been associated with low self-esteem, depression and anxiety. Students are not the only individuals in school to have problems with bullying. In a survey of over 800 teachers an unbelievable 99.6% of teachers reported that they had been bullied at school by fellow teachers, principals or parents. This, again, both affects teachers’ job performance and mental wellbeing.

Lara is a student intern at Altruist Enterprises and is currently studying Psychology at the University of Birmingham. She is exploring aspects of educational psychology and psychology in the workplace with particular interest in how mental wellbeing can enhance job performance and work ethic. 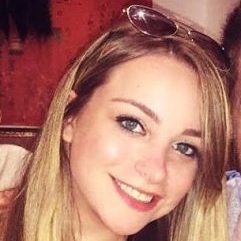