Why is Mental Health Important for Youth Development?

Youth mental health has come into sharp focus over recent months, but what are the facts and why has it caught so many people’s attention? 1 in 10 young people experience a mental health issue at any given time which is about 3 in a typical classroom. A further 15% have less severe problems that put them at risk of developing mental health problems in the future and half of all lifetime cases of mental illness begin by age 14.

This means that half of those who experience a diagnosable mental illness begin to encounter symptoms before they have even chosen their GCSE’s. Campaigns like ‘Children’s Mental Health Week’ provide ever more emphasis that education and awareness surrounding children’s mental health, mental illness and emotional wellbeing is critical for young people.

There are many factors which are thought to negatively influence youth mental health. One thought is that young people’s fight or flight synaptic reflex is excessively and unnecessarily triggered by exposure to emotionally stressful stimuli. Namely, but not exclusively, through social media. This reflex whilst causing emotional anxiety also provokes physical responses like increased alertness and a quickened heartbeat. Excessive scrolling on social media, as well as the nature of communication via social media, leaves young people vulnerable to feeling inadequate and rejected anytime they open an application. Other factors which are thought to increase rates of poor mental health include, a family history of mental illness, poor academic prospects and poverty. That being said, any young person can experience a mental illness regardless of their background.

Common mental health problems amongst young people include anxiety, depression, eating disorders and self-harm. Early intervention is fundamental in decreasing the negative impact a mental illness can have on a young person. Subsequently, an awareness of the early warning signs of youth mental ill-health is vital. These include isolation, frequent complaints of physical pain and a marked change in sleeping and/or eating habits. In addition, a drop in school performance, sexual acting-out and repeated alcohol/drug use can also be indicators of mental ill-health.

What can be done to prevent youth mental-ill health and support those currently experiencing mental illnesses? An ongoing lack of funding for public mental health services means that young people can often find themselves waiting months for professional support. The current mental health service crisis means that educational intervention is increasingly significant in promoting positive youth mental health. Teaching children to healthily process their emotions by employing various techniques has an incredibly positive impact on children’s mental health. These techniques vary from creative outlets like writing, sport and self-care, to most importantly, encouraging young people to talk and share their feelings with people they trust.

Jasmine in a dedicated Marketing Assistant and Mental Health Facilitator with excellent creative and communication skills. She is also a Mental Health Advocate who seeks to reduce the stigma surrounding mental health through journalism and has recently been published by The Huffington Post. Jasmine is extremely passionate about Youth Mental Health and Employment. She is currently launching a podcast for Altruist UK entitled, 'Millennials, Mental Health and Making Money' which will include open and honest discussion regarding the impact of the Youth Mental Health Crisis on employment. Jasmine is currently completing an MSc in Global Ethics and Justice with The University of Birmingham. She has particular interests in how mental ill-health effects social justice, as well as Epistemology, Political Philosophy and Gender Ethics. Jasmine also enjoys writing creatively, practising yoga and cooking as part of her emotional self-care. 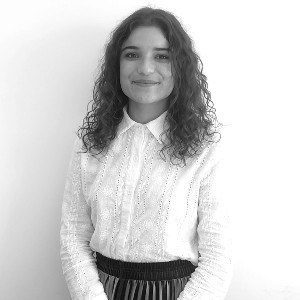