A conspiracy of silence. Those were the words of Norman Lamb MP, referring to the lack of discussion by the media and political parties about mental health, during his speech at the Liberal Democrats Party Conference.

This was 2008. Since then, the Government has implemented a 5-year strategy in 2011, comprising of 6 objectives to support people with mental health issues. As well as many people talking more openly about mental health on social media, it was no surprise that Norman Lamb himself sat down with avid campaigners Katie Buckingham and Danny Bowman, as they filmed the latest instalment of Katie and Danny’s Conversation to discuss all things mental health.

With the episode airing on Friday 12th January, the Katie and Danny YouTube series talks from the heart, as they give a personal account of their own mental health struggles, provide top tips on staying well and supporting loved ones, as well as debunking common myths surrounding the subject.

Lamb has long campaigned for mental health to get equal treatment to physical health, and even pledged his support last year to the ‘We Swear’ campaign with MQ. Speaking upon the launch of the campaign, Lamb said “Mental illness should not be seen as an inevitable part of life. The current state of mental health treatment would simply never be accepted for a physical condition”.

It’s very evident how much of a desire Lamb has to tackling mental ill-health, whether it being extra funding in research or working to challenge social taboos.

Danny Bowman said: “We are delighted that Norman Lamb MP could join us for a discussion around mental health and well-being. Mr Lamb has been an exceptional champion in Parliament for mental health issues and it was great to discuss further the work he does to ensure mental health is on the agenda.”

Norman Lamb MP commented: “It was great to be invited along to talk to Danny and Katie. The work that Altruist Enterprises does is incredibly valuable and I’m really impressed by what they are doing. It’s very inspiring”.

We have come a long way from the conspiracy of silence with this video being another example of that. Subscribe to Altruist Enterprises YouTube channel and check out their Twitter feed for regular updates.

Katie and Danny’s Conversation is a bi-weekly youtube video series, dedicated to discussing all things mental health and well-being.

Altruist Enterprises are a passionate and caring provider of Resilience, Stress Management and Mental Health Awareness training to organisations and schools nationally.

I am a recent graduate of Birmingham City University and am committed to honing my craft at blogging and writing. Writing is a therapeutic way of expressing your thoughts and ideas, and has no boundaries. Having written for the likes of LoveBrum and Bleacher Report and as someone with experience of mental ill-health, I feel that Altruist Enterprises is a natural fit for me. 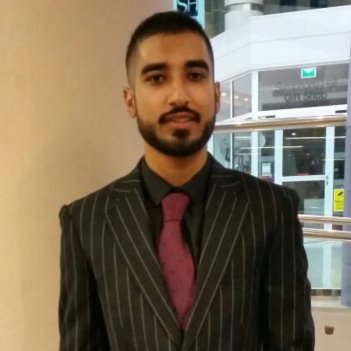 Mental Health in the Built Environment Sector: A blog by Simeon

In this guest blog, Simeon Shtebunaev shares his personal experiences of the stresses and strains of working in architecture and what you can do on both a personal and organisational level, to manage mental health at work.

6 Strategies for Managing Your Financial Well-Being in A Crisis

Money…Money…Money! Abba had such a hit with this timeless classic. But money is certainly not funny, and it is not always sunny, when you face the dark reality of struggling with financial well-being. Unfortunately, the impact of negative financial wellbeing has a stark impact in the world of work, where financial stress is one of the biggest challenges to employee productivity. Guest blog by Joel Blake OBE.